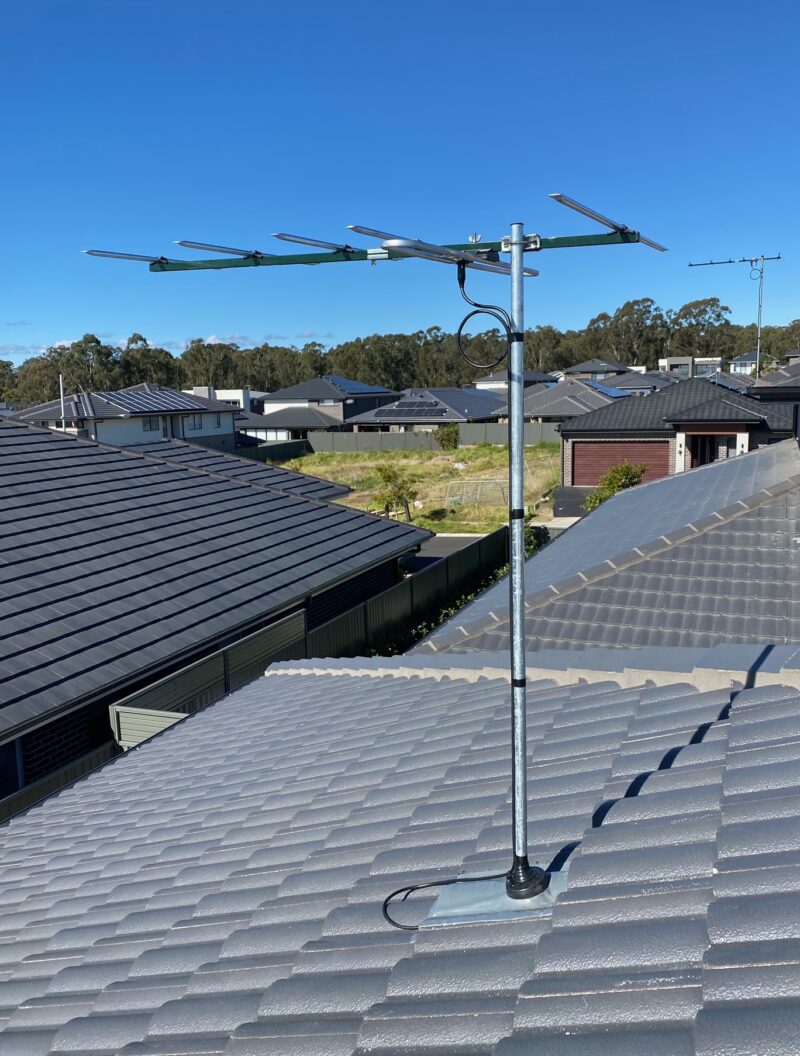 Are you building a new home or about to purchase one? If so – congratulations! Did you know that not all builders will install your TV antenna connections or antennas. If this is you – don’t worry – Jim’s Antennas has you covered. Our team of installation experts specialise in all types of aerial installation […]

What is the Best TV Antenna For Melbourne? 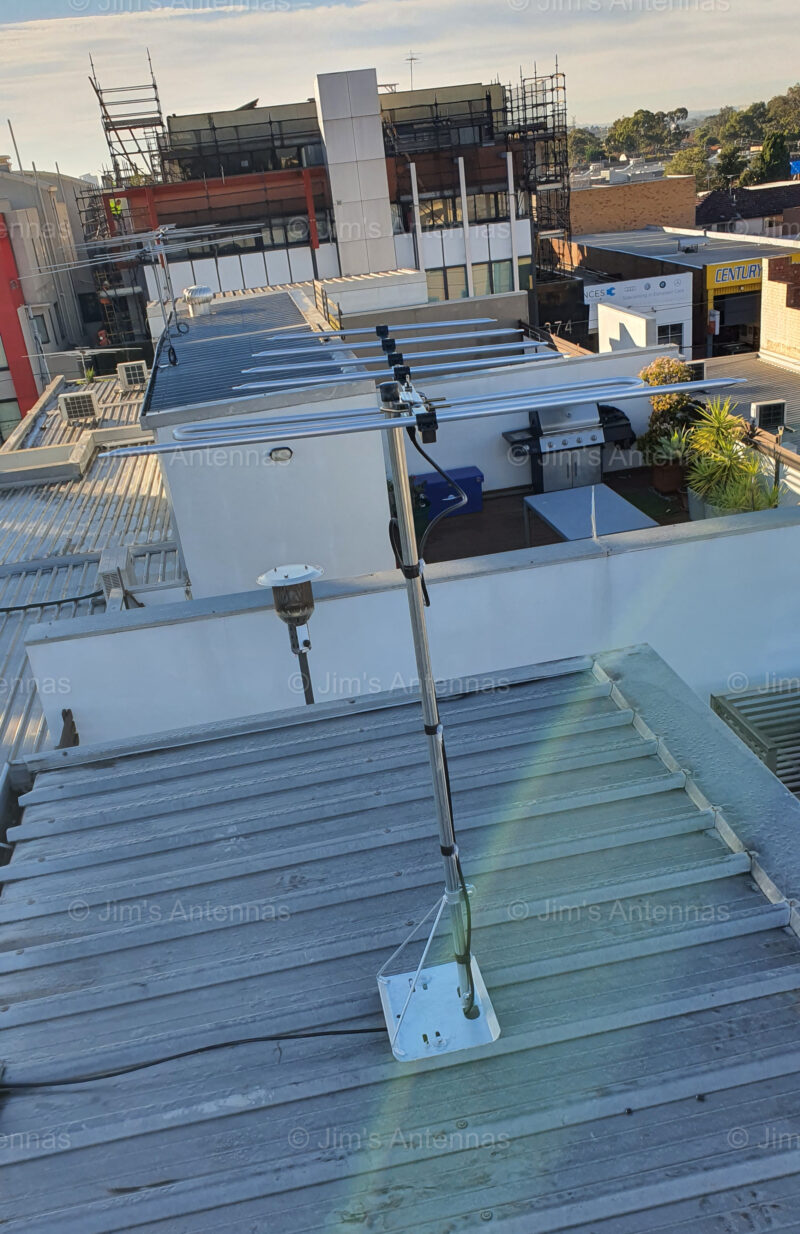 Why is it Better to Have a Local Antenna Man? 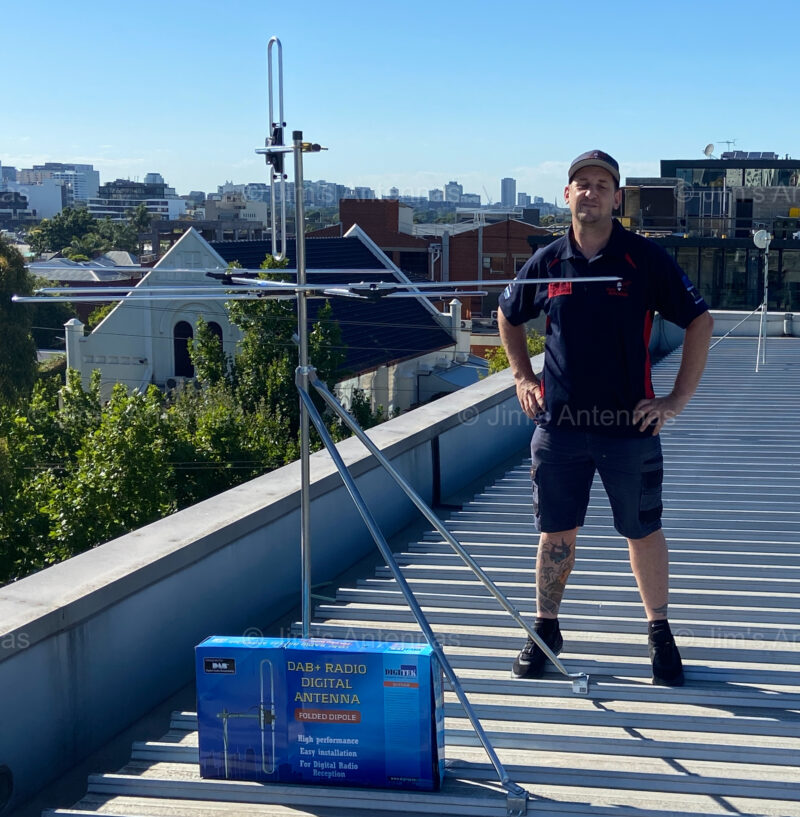 Having a local antenna man has many benefits. Not only will your installer be experienced in solving common reception issues within your area, but they will also be able to provide products that are best suited to your specific location.  Here at Jim’s Antennas our technicians live within the areas that they are servicing. Being […] 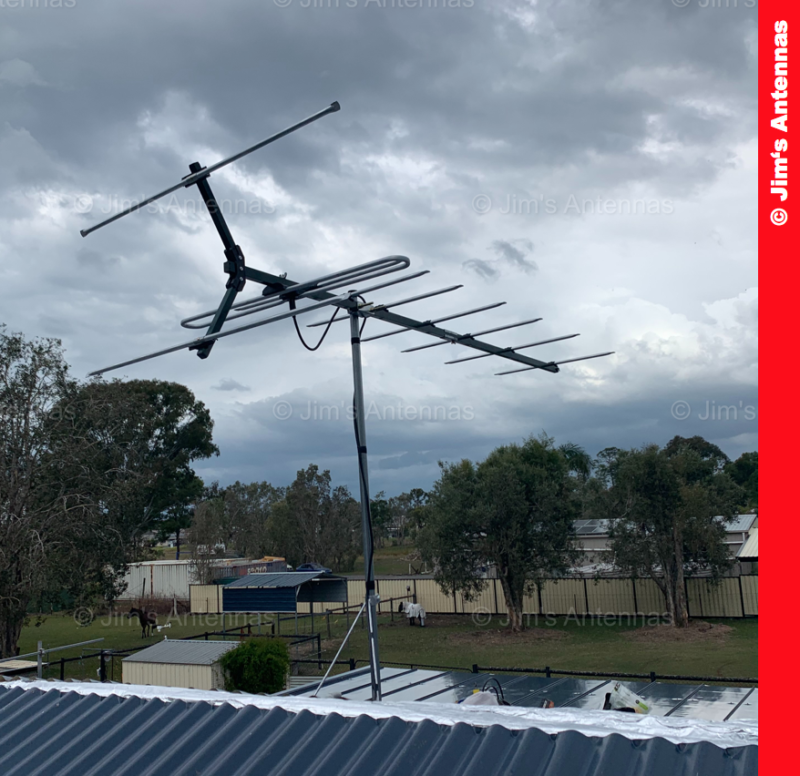 Kenny from Jim’s Antennas North Lakes recently installed an antenna and remounted a Foxtel satellite dish for a home in Ningi, Queensland.  The new antenna he installed was a ten element VHF antenna, with a lifetime manufacturer warranty by Matchmaster. As these customers were having issues with receiving reception on Foxtel, Kenny also remounted their […] 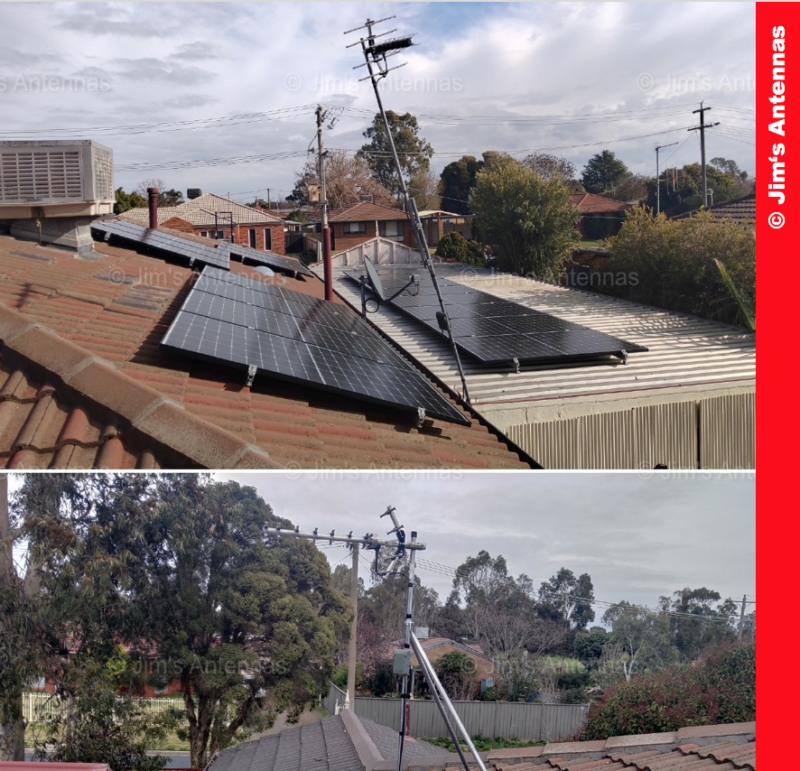 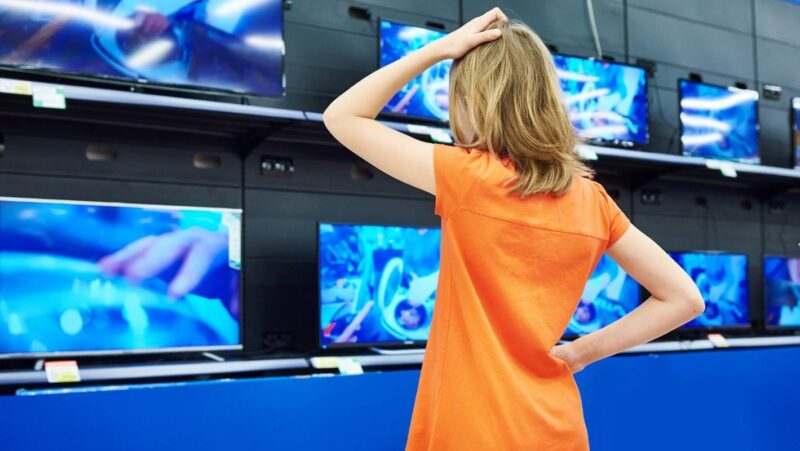 Choosing a new TV is often difficult. With so many details to consider it is easy to become overwhelmed by seemingly nonsensical technical jargon, making the choice a lot harder than it needs to be!  The following guide aims to demystify commonly used, yet complicated television specs and explain the 5 primary considerations you should […]

What is the Best TV Antenna For Brisbane/the Gold Coast?

A quick answer to this complicated question is that there isn’t a specific antenna that is considered the ideal solution.The antenna which will give you the best results will ultimately depend on which transmission towers are close to your property.  If you live in Brisbane or the Gold Coast, keep on reading to find out […] 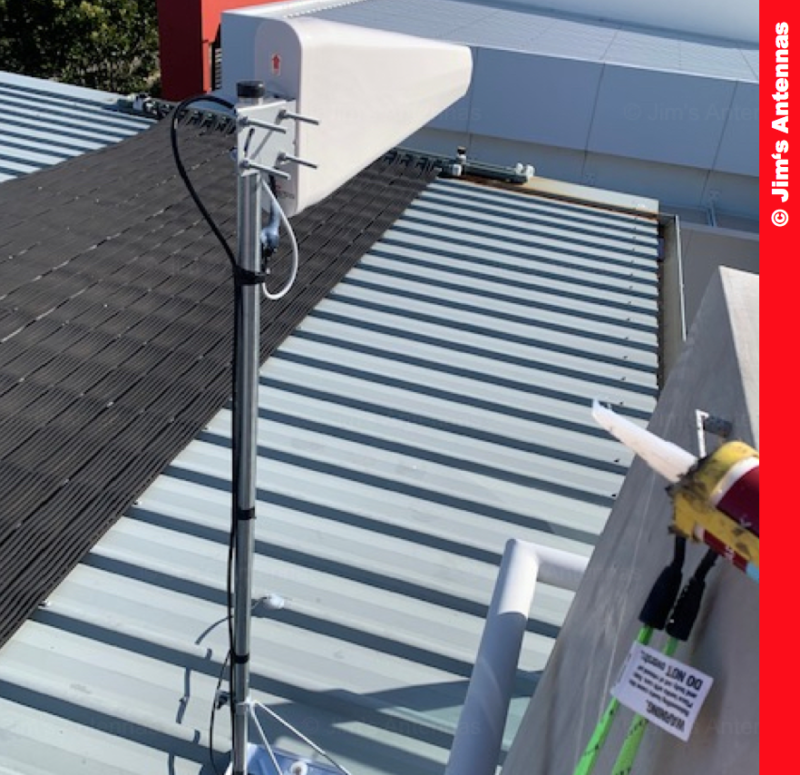 Ivan from Jim’s Antennas Cremorne recently installed a Optus Cel-Fi Go for a client in Little Bay, NSW.  Prior to installing the signal booster Ivan’s client was only able to receive one bar of 3G, meaning that their connection was extremely weak and unreliable.  In order to give his client the best possible experience using […]

Satking Promax Install for a Caravan

Why You Should Always Have Your Antenna Professionally Installed 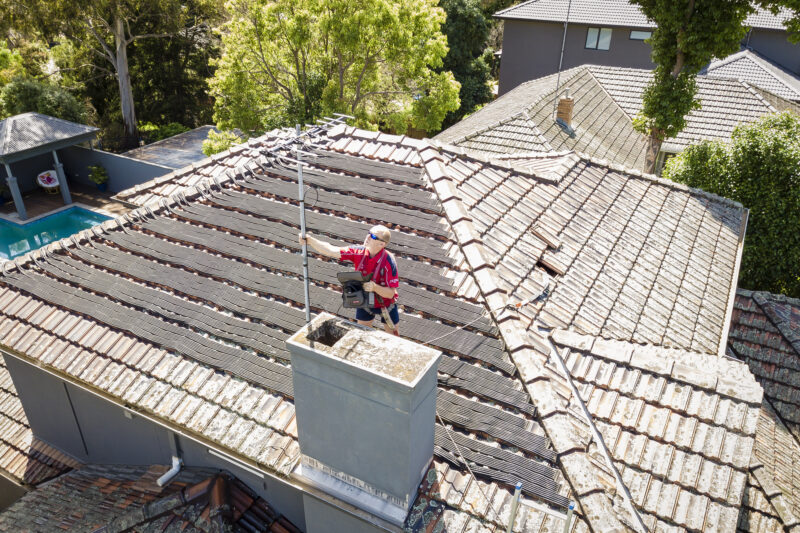 When it comes to antenna installation, Do-it-Yourself (DIY) is an attractive solution for many. While there is no doubt that this solution is more cost-effective in the short term, many customers often end up spending more than necessary in the long run. Here at Jim’s Antennas we’ve seen quite a few DIY-Don’ts that often end […]

Should You Install a TV Antenna Inside or Outside the Roof? 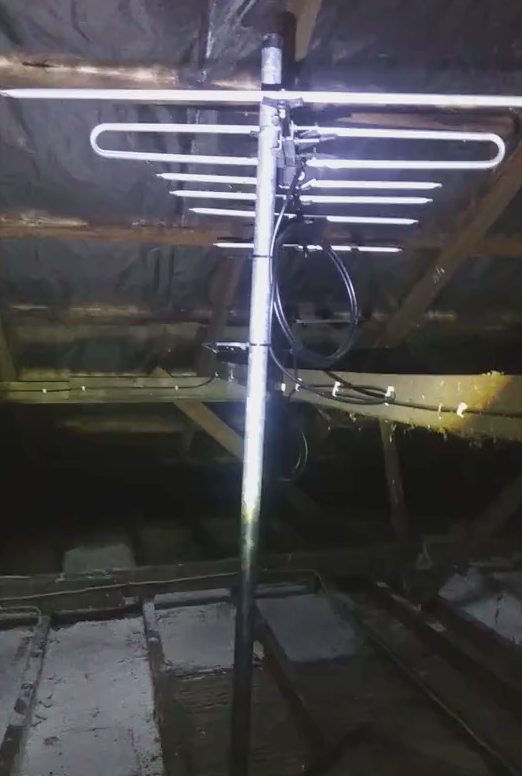 Installing an antenna inside a roof space (especially tin or colourbond) is an outdated technique, which is not advised for today’s technology. Before Digital TV, when analogue transmission was in use, a lot of antennas were hidden in the roof cavity to protect them from the elements or because they were thought to be an […]

What is the Best TV Antenna for Hobart and Greater Hobart? 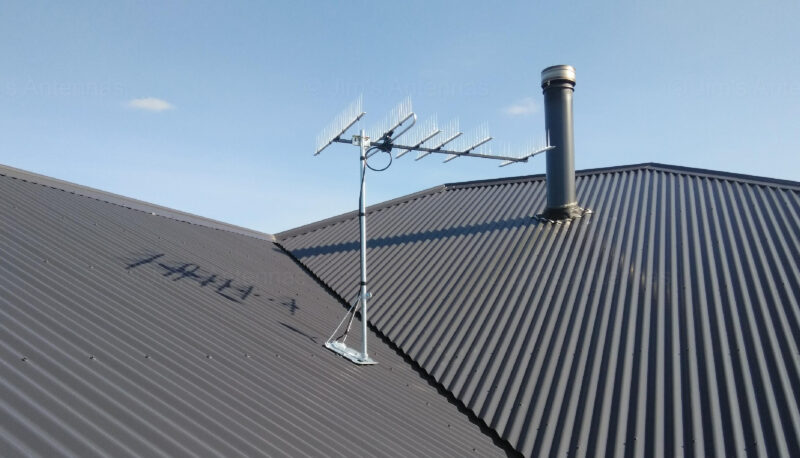 A quick answer to this complicated question is that there isn’t one specific ‘antenna’ that is considered the ideal solution. The antenna which will give you the best results will depend on which transmission tower you are receiving your free-to-air TV signal from and the distance you are from that transmitter. If you live in […] 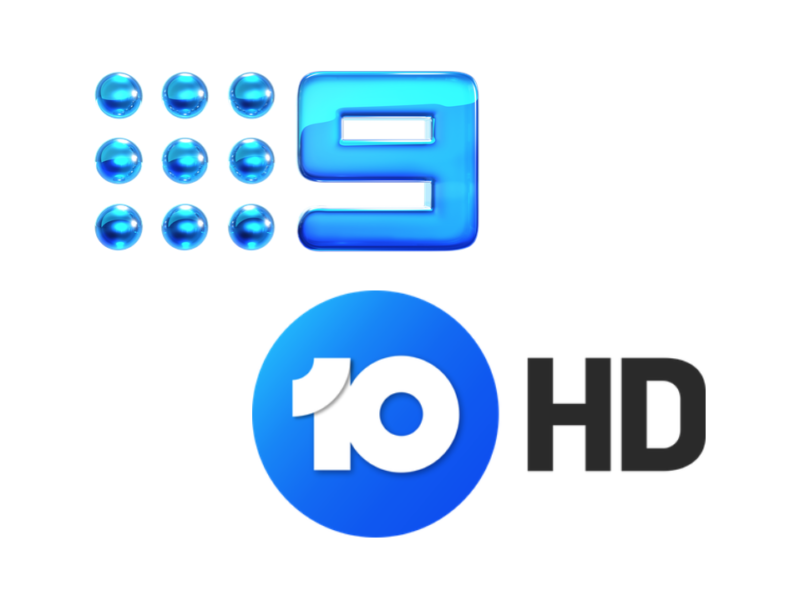 After Nine announced its return to WIN Television as its regional affiliate earlier this year, WIN’s Illawarra Channel 8 has recently been changed to a High Definition MPEG-4 format.  With this change, some viewers may lose the ability to receive Illawarra Channel 8 as their TV may not be compatible with this new format. This […]

How to Stop Buffering When Using Streaming Services 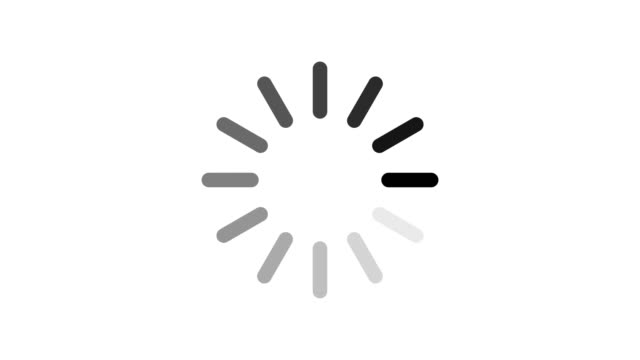 The growing number of paid and Free to Air streaming service such as Netflix, Binge, Disney+, Shudder, Ten Play, and ABC iView (just to name a few) have bought more entertainment options to Australians than ever before. However, as streaming has become the new way to enjoy our favourite TV and movies, it has bought […] 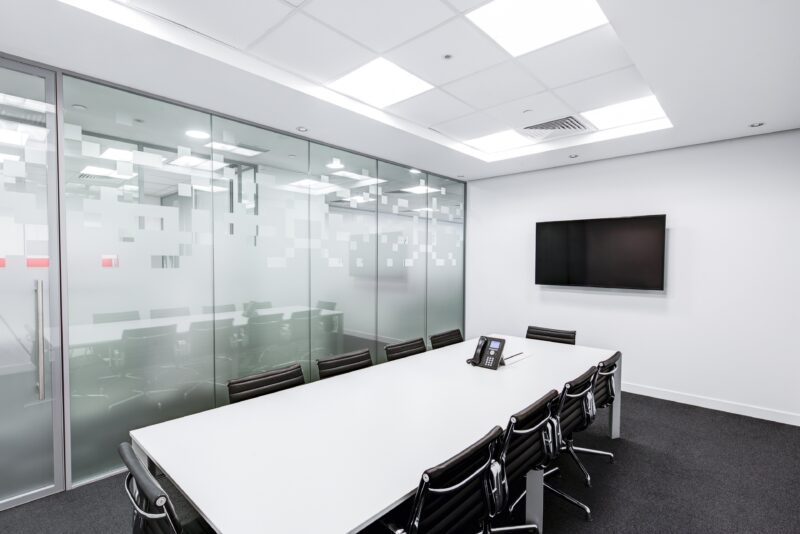 With more Australians now having the option to regularly work from home, hybrid workplaces are expected to become the new norm. While this new way of working is thought to boost productivity and employee satisfaction, it has forced workplaces to quickly adapt to support a combined workforce of on-site and remote workers, which has brought […]

What is a Cel-Fi Mobile Phone Signal Booster? 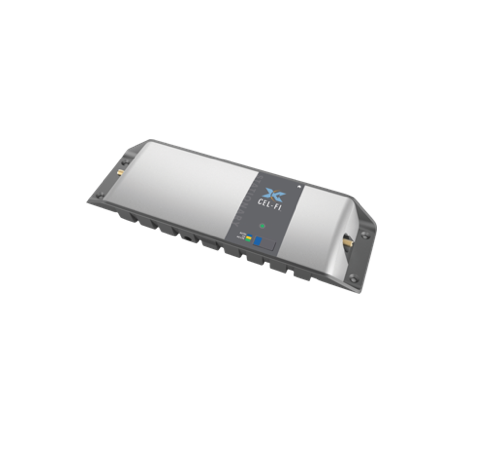 In a country as big as Australia staying in touch is important. However, poor mobile reception is a common issue that often keeps us apart.  A Cel-Fi 3G/4G mobile booster is a cost-friendly, quick and effective solution to improve phone reception whether it be at home, on the go or in the office.  While mobile […] 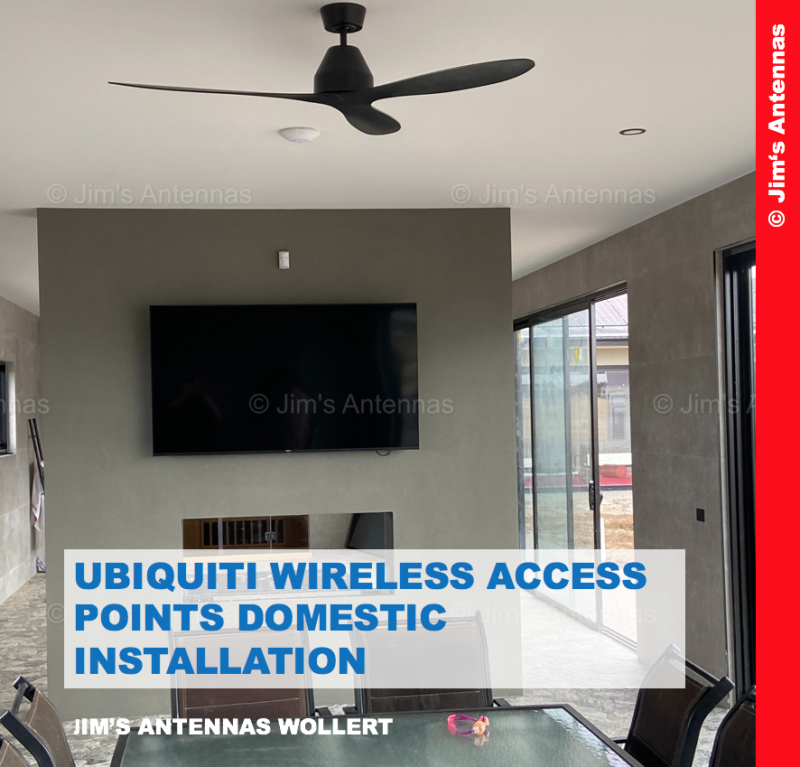 Troy from Jim’s Antennas Wollert recently installed 4 Ubiquiti wireless access points for a family in Kilmore.  Wireless access points are a great option when it comes to improving WiFi signal strength and connection.  These devices receive fast and reliable connections from the router, and allow the user to get full use of the wireless […] 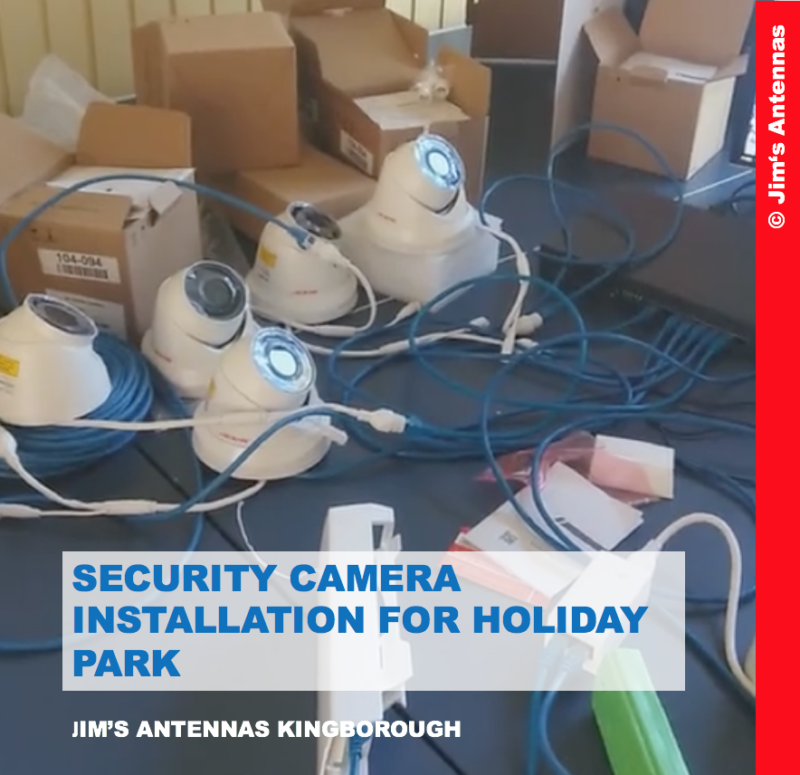 In this video, Grant from Jim’s Antennas and Security Kingborough shows us his initial set up for installing a set of CCTV cameras for a local holiday park. Before installing the new system, Grant has done a mock-up of how all the equipment will be connected and has tested each of the units.  For this […] 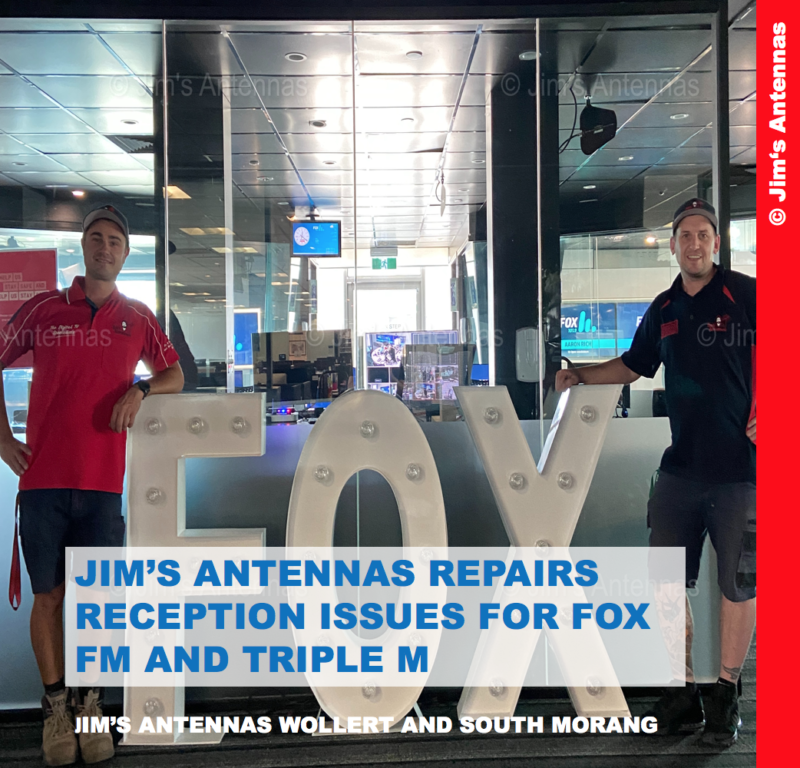 Troy from Jim’s Antennas Wollert and Michael from Jim’s Antennas South Morang recently worked together to bring the FM and DAB signal back into popular radio stations Fox FM and Triple MMM.  During this job, they replaced the stations’ old antenna with a new commercial grade Digitek DAB + folded dipole antenna. Complete with heavy […] 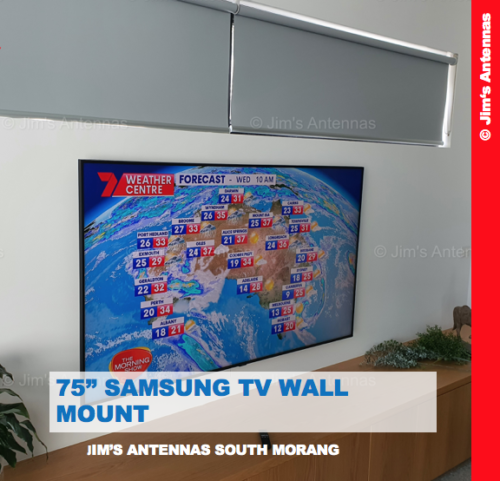 Michael from Jim’s Antennas South Morang recently Wall Mounted a 75” Samsung QLED TV for customer in Mill Park.  So what makes a QLED TV different from a standard LED TV? You may be wondering.  QLED is a new TV technology that has been developed by Samsung. Rather than using a conventional ‘white’ LED backlight, […] 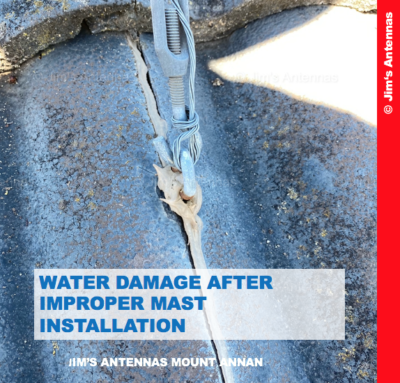 When Mark from Jim’s Antennas Mount Annan was replacing an antenna on an existing 4.5m guy-wire mast, he noticed that one of the eye screw anchors had been installed between two of the roof tiles. This improper installation had resulted in issues regarding the sealing of the tiles and water ingress.  After consulting with the […] 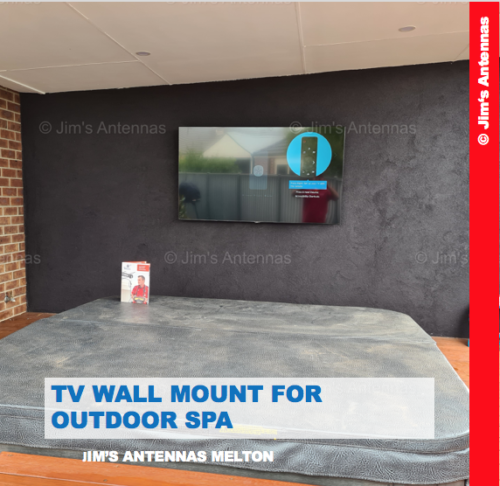 Can it get any better than relaxing in the spa while watching your favourite show or movie? Mowie from Jim’s Antennas recently completed two outdoor TV wall mounts for a client in Melton.  To make sure that no one will miss a game or the latest episode of MAFs, Mowie also mounted a new TV […] 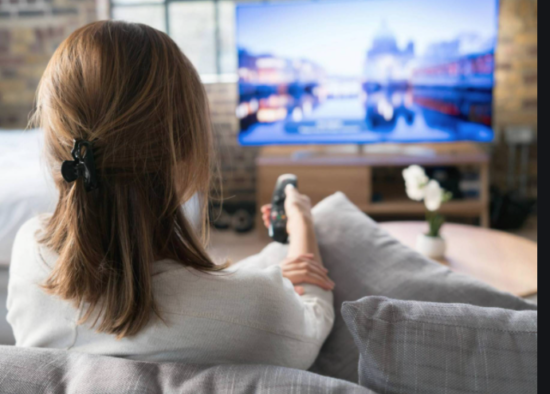 All of the latest and greatest TV Technology can be understood through the two main TV panel types: LED and OLED Displays. OLED OLED stands for Organic Light Emitting Diode, a title which simply refers to the fact that these displays are made from organic emitter materials.  Unlike, LED TVs which require a backlight to […] 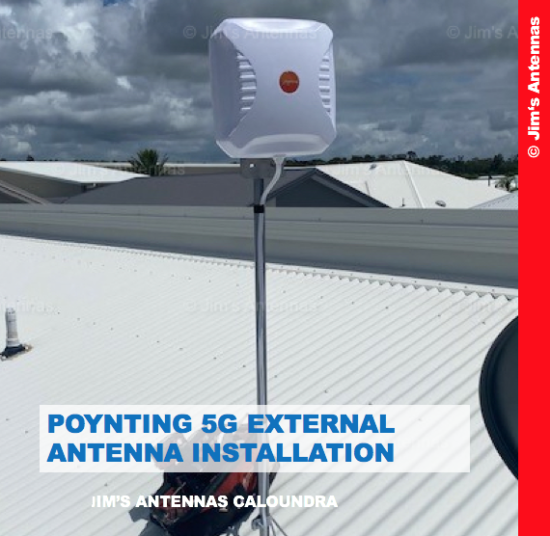 Brad from Jim’s Antennas Caloundra recently installed a Poynting XPOL 5G external antenna for a customer in Aroona who had just moved house.  Prior to moving, Brad’s client relied on a 4G wireless broadband modem to receive their internet data. Although this was a great solution for their old home, after moving this customer noticed […] 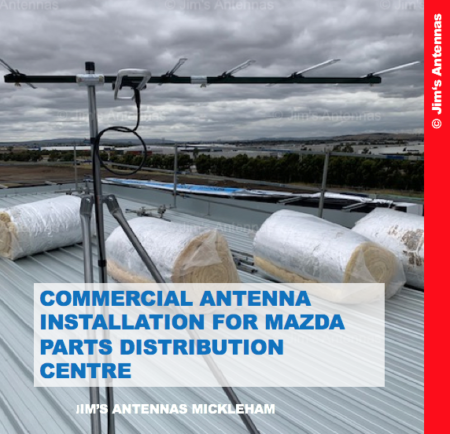 Brett from Jim’s Antennas Mickleham recently completed a job at the construction site of the new Mazda Parts Distribution Centre in Somerton.  The centre requested the installation of an antenna to supply TV signals to their 37, 000 square meter facility. Thanks to Brett’s great work, once the facility is completed Mazda employees will be […]

Can I Move My NBN Box? – NBN Box and Modem Relocation 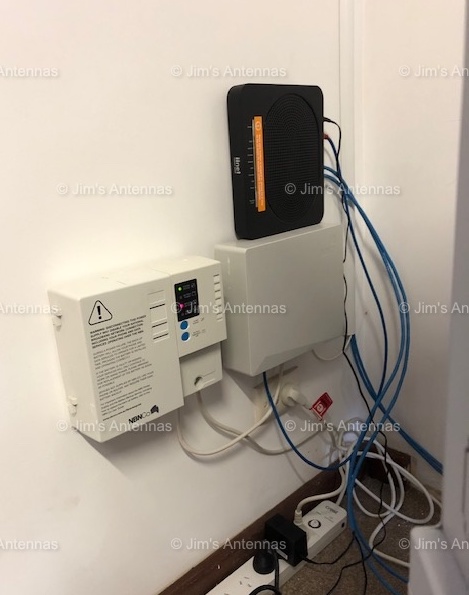 Is your NBN NTD box installed in an unsightly or inappropriate location? Or are you experiencing painfully slow Wi-Fi in areas far from your NTD box? Unfortunately, these are not uncommon issues. When to Relocate Your NBN box & Steps Involved: It is likely that if you’re on this page, you’re already considering relocating your […]

How To Install an Antenna Point 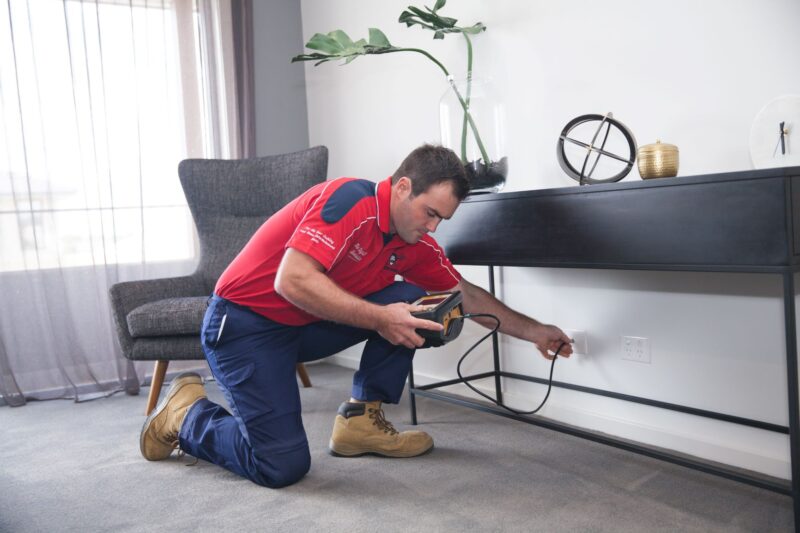 While it is possible to install your own antenna points, professional installation is usually the best way to go.  Not only will the equipment and expertise employed by a professional installer save you hours of attempting to measure signal, but will also help you get the best possible reception on each channel and avoid a […]

Why is My Internet Slow? 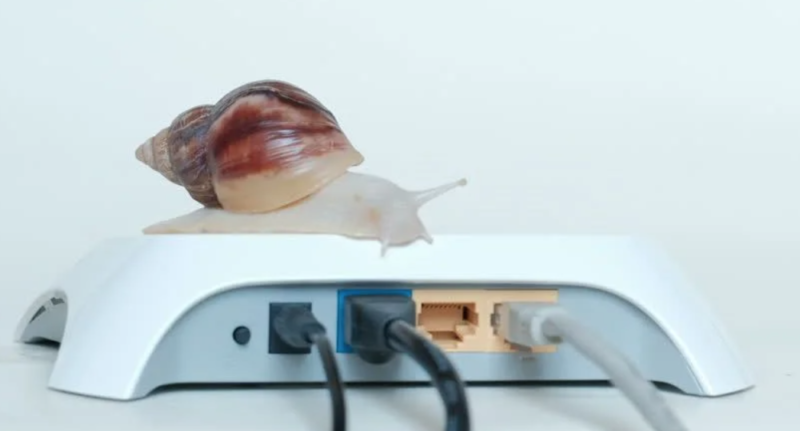 With all the uncertainty surrounding the COVID-19 Pandemic many people are still working and completing their education from home. This has led to the majority of Australians spending more time online whether for Zoom meetings, attending lectures or simply for entertainment reasons. Across the country, the NBN has seen data demand increase by over 70 […] 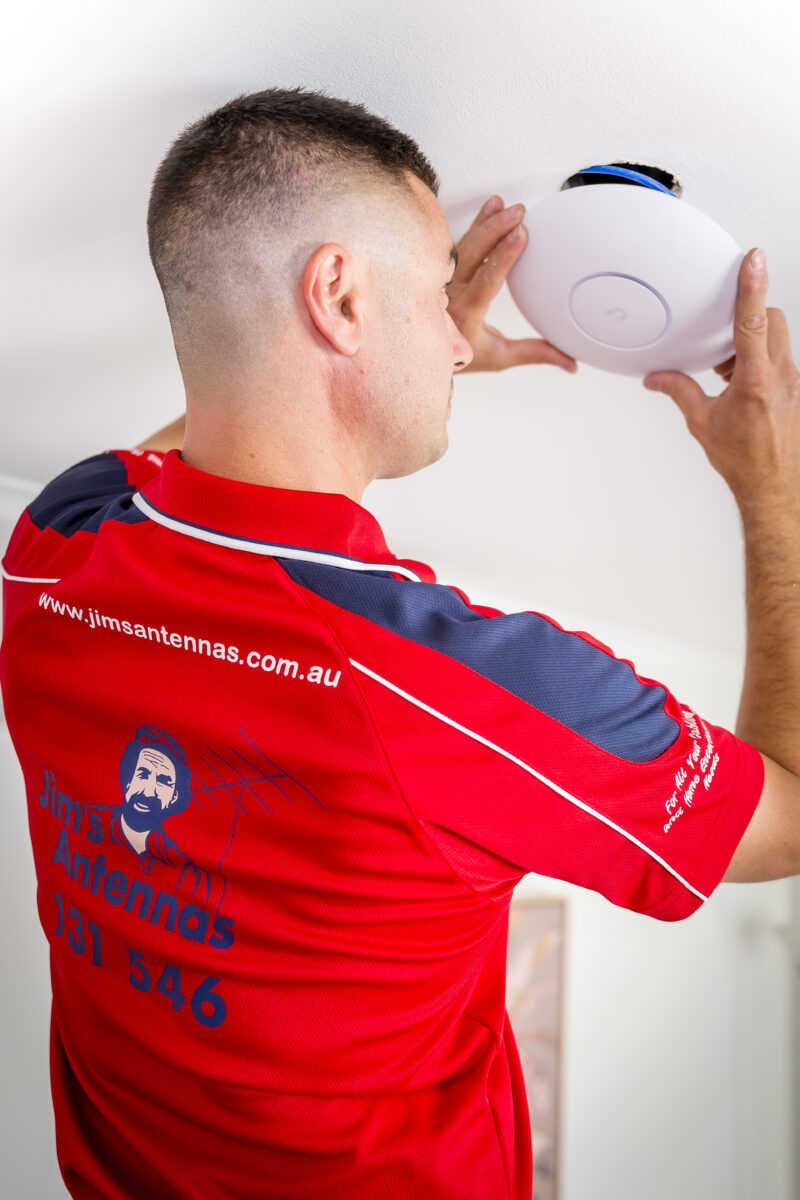 If you are investing in a fast NBN connection, what do you need to do to ensure that you’re making the most of your network? 1.       Carefully Decide Where to Place Your NBN Connection The spot you choose should be the central point for your Wi-Fi. This does not necessarily mean the […]

Why Can’t I Get New TV Channels? 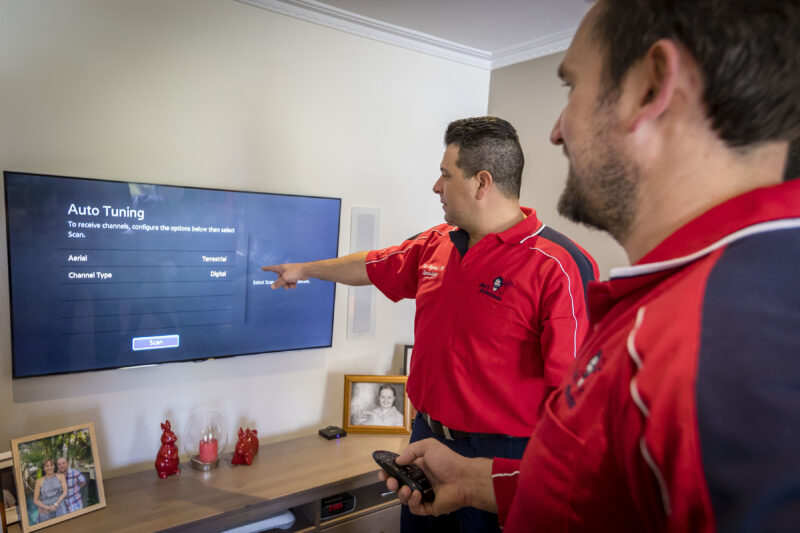 If you are having trouble receiving new television channels, there are 4 key questions you should consider: 1.       How old is Your TV and is it HD Compatible? Many Australian free-to-air networks have changed some of their existing MPEG2 channels to MPEG-4 or have added completely new MPEG-4 channels. Most networks have […]