Recently myself , Colin – Jims Antennas Maroochydore and fellow Triathlon enthusiast Tim – Jim’s Antennas Gympie took part in the first of four ( count them ! ) Triathlons on the beautiful Bribie Island . Just a hop step and jump south from the Sunshine Coast Bribie Island is a great place for an event of this type. The weather turned out to be beautiful ( after some dubious days during the week ) . For those of you who don’t know , a Triathlon is made up of three legs . Swim , Bike and Run.
For the modest 300 meter swim the venue is the passage between the island and the mainland , this has an excellent current which helps to carry the swimmers at a fair pace . In fact it was so powerful that most of us overshot the exit and probably added an extra minute or two in trying to get back to the shore in order to run back to the transition area !
On land the terrain is flat, so ideal for a fast 10 k bike ride around the picturesque streets and back to the waterfront where we transition into a 3 k run alongside the passage , again very attractive scenery with the Glasshouse Mountains in the background .
This event is dear to my heart as it was the first one that I did about three years ago when I started my fitness journey . Keeping fit and healthy is integral to my business . I genuinely feel that if I wasn’t as fit as I am I would not be able to do my work with anything like the same enthusiasm or at the same pace. I would urge anyone involved with Jim’s Antennas to do some kind of physical development or maintenance in order to remain highly motivated in body and soul !
Tim and I finished the event in a little over 40 mins which is a good result at these distances .
After the event I asked Tim what , if anything he would like to change in order to prepare for our next Tri in December . After careful consideration and through clenched teeth he replied ” Diet and exercise !” LOL ….
This year I thought it would be great if I could run in Jim’s Antennas colours so I investigated styles and prices from LOD workwear and found that they supply rashies . So thanks to Matchmaster for their kind sponsorship , LOD and our Franchisors Craig and Jo for helping to get the shirts produced and delivered on time .
Jim’s Antennas Central Queensland , including franchisees and their partners from Caloundra , Maroochydore, Witta, Glasshouse Mountains , Noosa , Gympie, Noosa Hinterland , Bundaberg and Rockhampton are participating in a charity fundraiser for Breast Cancer on 2nd November at Noosa where we will be showing off even more Jim’s Antennas sporting attire ……Stay Tuned ! !

Adam gets off to a flying start with a new Franchise

After 10 years on the frontline as a Victoria police officer, Adam Bartel decided upon a career change with a focus on lifestyle. After assessing his options Adam decided that a career in digital communications was for him. With a passion for technology and the digital communications industry, Adam saw a Jim’s Antennas franchise as […]

Jims Antennas is keeping up with the explosion of growth in the heart of the western suburbs. With Stanhope Gardens almost full, The Ponds, Schofields, Rouse Hill, Riverstone and Marsden Park are rising so quickly demand is high but so is the supply of skilled, insured Antenna Installers. Gary Webster from Jims Antennas is fully […]

Do you live in and around the Nambour area, and are you experiencing TV reception issues? If the answer to this is yes, we at Jim’s Antennas have the answers for you. Shane from Jim’s Antennas Nambour has told us that he has found many people in the area having unnecessary issues with the TV […] 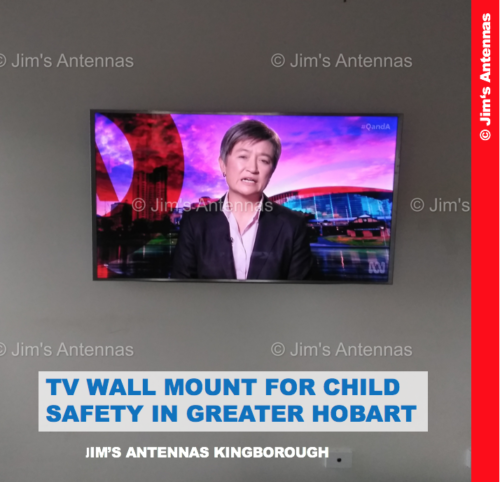 According to past records around 50 Australians a week are sent to the ER or have to receive hospital treatment for injuries caused by toppling furniture or TVs. That’s a whopping 2,600 people per year. And, sadly, since 2001 approximately 22 children under the age of 9 have died from falling furniture or TVs. Due […]