Ian and Caroline Martin have been a Franchisee’s in Noosa for just over 18 months and are over the moon with the success their Business has bought them. Ian said that he was sick of working for a boss, and wanted to do something different. Ian and Caroline had been searching for a franchise business in or around the Noosa, Noosaville area, as this was an area of the Sunshine coast that they loved.

They had enjoyed living in various exotic locations around the Globe, but found Noosa was the place they wanted to call home.

Ian and Caroline purchased Jim’s Antennas Franchise for Noosa in January 2011. Ian immediately went into Jim’s Antennas training in and around the Noosa area. Ian said it was great that he was able to receive training by a Jim’s Antennas trainer on the job, in  and  around Noosa, which was were he was going to work. Ian said that during his training he was taught how to not only install an Antenna, but also satisfy the needs of the customer with Home Theatre setups. He said that he was also shown how to hang a flat screen TV correctly, and set up TV systems correctly and efficiently. He said that cleanliness and customer service was 2 of the main keys that were driven home during training. His training was second to none.

We asked Ian what he thought about the Jim’s system and how it has helping him in his business in Noosa. Ian said that after he bought Jim’s Antennas Noosa, he was worried about how he was going to keep up with the work load of the existing business, and keep his customers happy. I had a few Real Estate agents in and around Noosa and Noosaville i wanted to keep them confident and satisfied with me, as a new Franchise Ian said. Today Ian has even more Real estates agents and Body corporate managers on the books than when he started. “This is a large part of his business “he said “and it just keeps growing”. This is one part of the Jim’s System he likes. He said the Back up support and the ability to get new customers without attracting additional Fees is a part of Jims that sets them apart. It is fair and honest.

It is  the best thing i have done, buying Jim’s Antennas  Noosa, it has allowed me to keep track of my time, and i am now able to achieve a lot more both in business and in family life. Last week i was able to see my daughter perform in her first school play. When i worked for a boss, this would never have happened Ian said.

The financial independence i have gained from being my own boss is very rewarding, and one thing that pushes me  to succeed.

Ian also told us that the additional training that has been offered was a real bonus. Over the last 12 months he has undertaken a Cert111 course in Telecommunication Wiring, and also a Cert 111 in Digital Reception Technology. This has not only allowed Ian to achieve more qualifications, it has also given him more confidence to take on different Jobs. This is all part of the commitment Jim’s give to their Franchisee.

4.9 from 2,012 reviews
Visit Product Review to read more or our reviews
Request a Free On-Site Quote 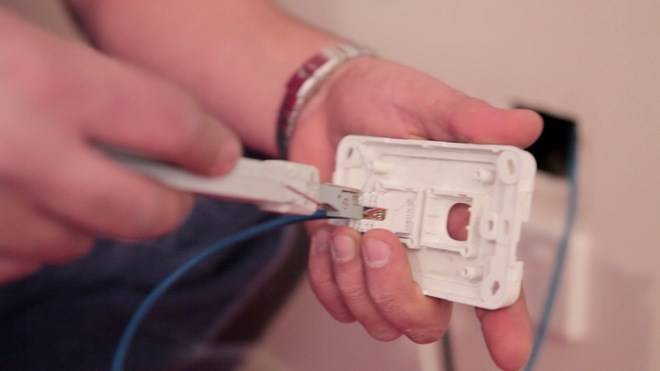 Do you want to set up an extra TV set in your room? Call TV installation experts and they will do the job for you with the blink of an eye. Why you need the help of such experts? Well, let’s face it. Installing a TV set requires significant technical knowledge. You got to have […]

Rick operates Jim’s Antennas Mt Pleasant, located in Mackay, which has several locations that struggle when it comes to obtaining a quality digital signal. Not all locations will receive a quality digital TV signal through a standard antenna, and in these instances, a satellite can be used to ensure crystal clear free-to-air TV reception. Known […]

Do you live in and around the Nambour area, and are you experiencing TV reception issues? If the answer to this is yes, we at Jim’s Antennas have the answers for you. Shane from Jim’s Antennas Nambour has told us that he has found many people in the area having unnecessary issues with the TV […]

Now that the changeover to digital television signal is well under way, Adelaide residents are leading the charge in making the change to digital. However, homes and businesses are being advised not to undertake antenna repairs or replacement as DIY projects due to the inherent risks of heigh safety and electrical complications that might be […]